Concept of Dispersal and Distribution

Dayspring Commission Inc. began funding the pig raising project in Central Katingawan in July 2008. The initial cost of the project was P 20,000 ($500) for eleven pigs under the supervision of Pastor Ramil and Charlyn Montecillo of Full Gospel Church. It was the church that managed the dispersal program within the area. Seven of the pigs went to church members, while the other four were given to non-church members. The agreement between DCI and the Full Gospel Church was that when sows (mother pigs) give birth, two of its children would go back to DCI for further dispersal, while one remained which the church for themselves to keep or disperse amongst their community. The first round of distribution was complete in August 2008. 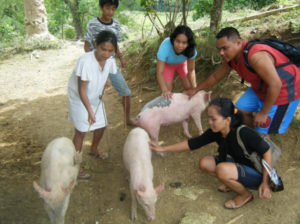 ond level of the project, DCI and the church began to see the project’s fruits. The project produced the following:

The extra money was used to replace the pigs that died. 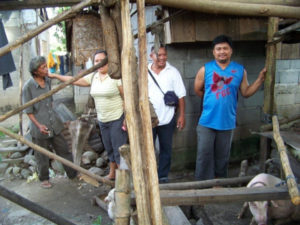 By the third level in June 2010, the project produced the following:

By the fourth level, ninety-six piglets were harvested during the entire project. It is at this point that the Katingawan Full Gospel Church no longer dispersed pigs to DCI and the church completely took over the project.This was the first successful livelihood pig project that DCI was a part of. DCI thanks their sponsors for contributing to such a beneficial cause. 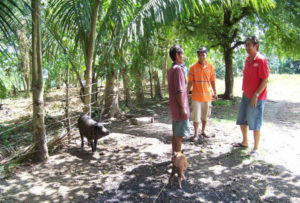 The pig raising projects were not without its trails and errors. The pastors within those regions found it difficult to raise the pigs due to diseases, the costs of building pens for them to live, and the overall unfamiliarity of raising the animals. The first attempts began in May 2008, when three pastors were given pigs in hopes of helping them financially.

One pastor in Midsayap, Kidapawan was given four pigs with an initial cost of P 4,000 ($100). Two of the four pigs died of cholera and eventually the other two pigs were sold for a profit worth of P 7,000 ($175). The project began again with the purchase of two more pigs along with a goat, but the project again suffered due to unpredicted circumstances. 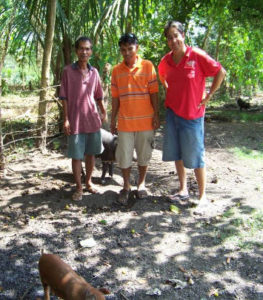 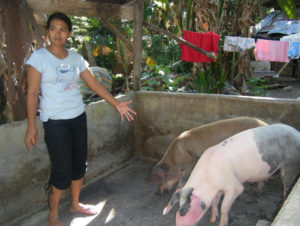 The other two pastors were given two native sows (mother pigs) with an initial cost of P 4,000. One of the sows gave birth to eight piglets, two of which later died of cholera. The other sow became sick, and gave birth to ten piglets. Sadly, all ten became sick as well. The mother was later butchered for profit. Along with illness, the other issue the pastors faced was the pigs living quarters. The local government would not allow more than two pigs per pen, placing the owners into a difficult financial situation. In the end, only two of the pigs survived. 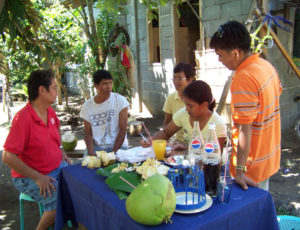 Though these first attempts did not produce the expected fruit, DCI remained hopeful in the grace of God to continue funding these livelihood projects. It is during such trials that we learn; that we grow. Eventually other piggery projects began to produce exceedingly and abundantly, even greater than DCI anticipated.